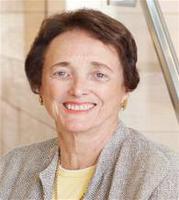 Judy Frank is one of few business professionals who have the unique ability to work at strategic levels and at hands-on project execution. Her reputation for rigorous standards of practice, attention to enterprise economics, due diligence, strategic facilities planning, and practicality is well known in both corporate and governmental sectors.

Over the last 35 years Frank has worked in large corporate settings, small business organizations, as an entrepreneur, and as an appointee to several boards and public finance commissions. She has also served on two private sector boards, Liquid Audio (NASDAQ) and La Brea Bakery.

Frank is also currently certified as an SBE/DBE in the State of California and a CBE in Los Angeles County, and an SLB in the City of Los Angeles.

Frank established ASSET STRATEGIES in 1993 after five years as Vice President, Real Estate at Warner Bros. and seven years as President of the Real Estate Division at Fox Film Corporation

On the entrepreneurial side, Frank has been an investor and developer in several successful endeavors. Among them, was her investment in La Brea Bakery. She served on the company’s first board of directors in 1990 when the capitalization was approximately $1.2 million. The company was subsequently sold to a publicly traded Irish corporation for approximately $55 million dollars. Frank has also been an “at risk” general partner on a small apartment project and several single family homes, as well as a development partner of a 300-room Holiday Inn, conference center and multiplex cinema.